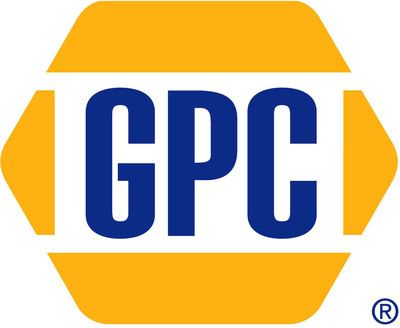 Sales for the first quarter ended March 31, 2018 were a record $4.6 billion, a 17.4% increase compared to $3.9 billion for the same period in 2017.  Net income for the first quarter was $176.6 million and earnings per share on a diluted basis were $1.20.  Before the impact of certain transaction-related costs incurred for the Company’s fourth quarter 2017 acquisition of Alliance Automotive Group (AAG) in Europe and a recently announced agreement to spin-off the Company’s Business Products Group, S.P. Richards, adjusted net income was $186.5 million, or $1.27 per diluted share.  Total sales for the first quarter included 2% organic growth, 14% from acquisitions, including AAG, and a 1% benefit from foreign currency translation.

Paul Donahue, President and Chief Executive Officer, commented, “We were pleased to complete the first quarter of 2018 with double-digit total sales growth, driven by increases in our core global automotive and industrial businesses.  While our operating margins were challenged, we remain focused on the execution of our plans to drive additional operating improvement and better position the Company for sustained long-term growth and profitability.  With our recent announcement to spin-off the Business Products Group, we took an important step that will allow us to commit more resources and increase our focus on our core growth and higher-margin global businesses.  This is an exciting time for Genuine Parts, and we look forward to effectively executing on the opportunities ahead.

The Company is maintaining its initial sales and earnings guidance and continues to expect sales to be up 12% to 13% and adjusted diluted earnings per share, which excludes any first quarter and future transaction-related costs, to be $5.60 to $5.75.  The Company currently expects a tax rate of approximately 26.0%, which is down slightly from the initial guidance of 26.0 to 27.0% in 2018.

(1) The net effect of discounts, incentives, freight billed to customers has been allocated to their respective segments for the current and prior period.  Previously, the net effect of such items were captured and presented separately in a line item entitled “Other”.

(3) Includes $13.0 million for the three months ended March 31, 2018, respectively, in transaction-related costs associated with Alliance Automotive Group and the pending combination of S.P. Richards with Essendant.